Learn More
New Year on the Charts
Milk & Honey regularly dominate the global pop charts. In the past year, between 1 and 10 songs in the US and UK top 40 are from Milk & Honey clients at any given point in time. Currently Ed Sheeran’s “Afterglow” from David Hodges, Dua Lipa’s “Levitating” from Stuart Price, Bebe Rexha feat. Doja Cat’s “Baby I’m Jealous” from Jussifer, Meduza feat. Dermot Kennedy’s “Paradise” from Gez O’Connell, James Arthur’s “Trainwreck” from Andrew Jackson and more are all topping the charts from our clients as we begin 2020.
Award Season 2021
Milk & Honey has 10 client nominations going into this year’s Grammy awards this season for their clients work on these records, up front 8 nominations in 2019. Client J. White Did It for his work on Megan Thee Stallion feat. Beyonce “Savage” for Record of the Year, Best Rap Performance and Best Rap Song. Client Cole MGN for his work on Beck “Hyperspace” for Best Alternative Album. Clients Oak Felder, and The Orphanage’s Keith “Ten4” Sorrells, Alex Nice and Zaire Koalo for their work on John Legend “Bigger Love” for Best R&B Album. Client Anton “Asoteric” Kuhl and RoyalZ for their work on Chloe and Halle “Ungodly Hour” for Best Progressive R&B Album. Client Eric J Dubowsy for his work on Flume feat. Toro Y Moi “The Difference” for Best Dance Recording. Client Trevor Brown and Zaire Koalo for their work on Skip Marley “Higher Place” for Best Reggae Album. Client iO for his work on Burna Boy “Twice As Tall” for Best World Album.
THE GREATEST RECORD PRODUCERS IN THE WORLD
Milk & Honey represents prolific hip hop and pop producers like Oak Felder and J. White Did It. Oak who produced and wrote Alessia Cara’s “Here” & “Scars To Your Beautiful”, as well as Demi Lovato’s “Sorry Not Sorry” amongst others for Alicia Keys, Miguel, Nicki Minaj, Kehlani, Lizzo and others. J. White Did It who produced and wrote “Bodak Yellow,” “I Like It,” and “Money” for Cardi B as well as “Savage” for Megan Thee Stallion and Beyonce. We represent some of the most sought after songwriters and producers in the world.
WE REPRESENT GLOBAL ELECTRONIC TALENT
We manage a number of top global touring electronic artists such as Oliver Heldens, Sunnery James and Ryan Marciano and other top 50 grossing DJ’s in the world.
We License Music Around the world
Our Los Angeles office licenses music with every major television network, film studio, advertising agency and music supervision house on a global level. The company clears nearly 30 synch placements a day across our roster. We have a venture called Milk & Honey Silo with executives both Los Angeles and New York who license music exclusively into advertising and TV commercials. In the past year we’ve had everything from Superbowl commercials to the UK John Lewis commercial and a lot in between. Our roster has some of the most impactful film music of all time from Christina Perri A Thousand Years in Twilight to Charlie Puth and Wiz Khalifa See You Again in The Fast And The Furious to How Far You’ll Go in Moana. This year, the company has music in The United States vs. Billie Holiday, Mulan, The King’s Man, Respect, Scooby Doo, Space Jam, Klaus, Uglydolls and more.
Destination based songwriting camps
Milk & Honey produces high end destination songwriting camps. These properties range from a villa in Bali in the south Pacific, to a chateau in Italy, a desert modern house with studios in Palm Springs and now a castle in Transylvania. More destination camps are always in the works as we produce these to include both our own songwriters and others in the community. Multiple major artists have attended these camps, and top charting songs have come from them as well.
We help our clients develop artists
Client and producer Sir Nolan developed successful Warner recording artist Bryce Vine who just had two top 20 hits with “La La Land” featuring YG, and “Drew Barrymore”. For 5 years, Milk & Honey has been working with Nolan, Bryce and his team to add value. Bryce is one of the most exciting new artists on the chart at this time.
We create ventures with clients
We’ve created multiple ventures in partnership with clients. Publishing companies like Third and Verse / Kobalt with David Hodges, Deep Cuts / Warner Chappell with Sir Nolan, The Orphanage / Reservoir with Oak Felder. These companies have had multiple #1s creating real long term asset value for our clients, and Milk & Honey. 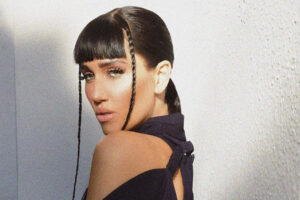 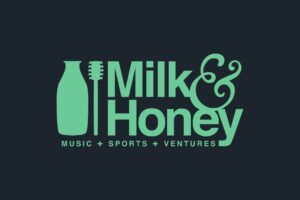 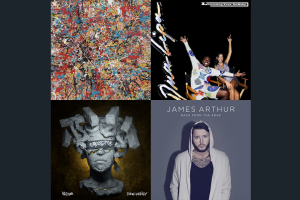 ‘The United States vs. Billie Holiday’ said to be “the next enigma in this awards season”