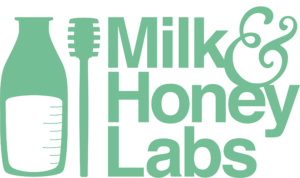 WHAT IS MILK & HONEY LABS?

The group run by long-time music manager and Milk & Honey executive Alex Harrow is a deep dive into Web 3, a new moniker for the next gen of the internet.  Harrow had a vision to merge the company’s traditional Hollywood relationships and deep understanding of the entertainment business with Web 3, being right at the starting blocks as these nascent technologies, and asset classes such as NFT launch.

This new dimension of the web focuses on shifting power from big tech companies to individual users, and taking the user’s ownership and experience to another level not previously imaginable.

Similar to the rest of its entertainment business, Labs is focused on representing talent. The group will represent top tier names and offer services including  advocating and forging new norms on deals, creating business opportunities, and taking their content to market.

This new digital lab and creative studio will focus on NFT’s, and all areas of Web 3, representing some of the most blue chip artists, celebrities, brands properties and IP in the space.

Our first project under the labs venture is Marina and Florian Picasso of the Picasso Family/Estate, in partnership with Sotheby’s for a collection named “Man and The Beat.”  The is a collaboration between some of the biggest artists in music and NFTs of unreleased Picasso artwork, with a physical auction of the pieces to follow.  Milk & Honey Labs was a key driving force and partner in the ideating, marketing and release of this property.

We are currently in partnership with multiple major financial institutions, sovereign states, athletes, musicians, legends and heroes of the past and beyond.  Over the course of the 2022-2023 season as Web 3 comes into prominence, Milk & Honey Labs will roll out multiple projects in NFT, Metaverse, Crypto, Coins, and more.  Labs is privately funded by Milk & Honey and was greenlit by company president and founder Lucas Keller in stealth development 12 months prior to announcement.

The department and its team work with the top marketplaces globally to fund / launch their NFT projects.  In a short period of time, Harrow and the group have become fast experts on how to create, market and distribute NFT projects on the highest level.

The new department will be run out of both the firm’s Los Angeles and New York offices.